taking you Back To The Future…

If you need the very best in live entertainment for your wedding, party or corporate function then look no further than the very best…The Jukebox Party Band!

Remember dancing the night away at your old school disco? Well then let the Jukebox Party Band take you “Back To The Future” with our fantastic non-stop show of classic hits from the decades that were the soundtrack to our lives. You’ll be up dancing and singing along to all your favorite songs from the 60s, 70s, 80s and the 90s plus Soul, Motown and a bit of Rock n Roll! 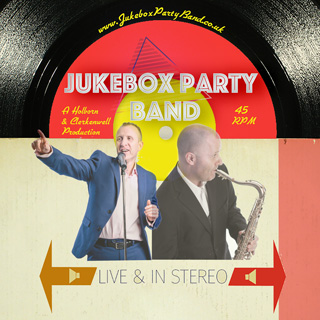 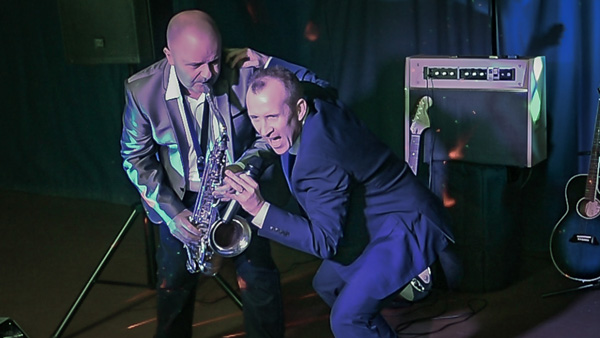 The Jukebox Party Band features vocalist Joe Lewis and saxophone/keyboard player Jon Cox, performing classic hit songs in a non-stop show of live music & entertainment that will have you & your guests up on the dance floor all night.

Using our own high-quality custom recorded backing tracks along with our live vocals, saxophone & keyboards plus the very best sound & stage lighting equipment, we create a slick professional show that is perfect for every occasion.

Book The Best Party Band For Your Event

We are a professional act that has entertained the guests at parties, weddings and glittering occasions across the UK & abroad so if you need the very best in live entertainment for your wedding, party or corporate function then the Jukebox Party Band are the perfect choice.

The Jukebox Party Band has a reputation for professionalism and reliability. Whatever the event, the band treats every occasion with the utmost importance and gives the same professional, exciting performance whether in a small intimate venue or the grandest ballroom. With a long list of delighted clients, we understand the business of providing a quality experience from enquiry to booking to performance. 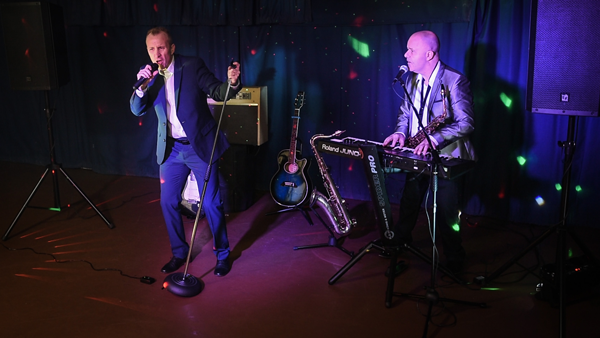 Watch Our Videos and Listen To Us

Take a look at our videos and have a listen to a few samples of the Jukebox Band Performing. Just CLICK HERE

We booked the Jukebox Party Band for a family party.
What a brilliant night we had. They have a large selection of songs, everyone up dancing.

We are going to book them again for a party in Oct. Could not have asked for a better evening of entertainment.

Can’t thank Joe and Jon enough for such an excellent night! The range of music and quality of their performance far outweighed our expectations, and really made the night go with both a swing and a laugh – especially after such a difficult year, with everyone working from home; they really brought everyone back together in the best way. I am certain that we will book them for the next event – if they are available.

These two guys are one of the best Party duo’s we have ever come across.

They always pack our social club dance floor and people are constantly asking when they are here next – basically they can’t get enough of ‘em!

Playing an afternoon of funky music and classic so

This is a classic from the past! Playing at the Br

It’s always fun to play a wedding but even more

Oh yes! This is a proper London Jubilee gig when t

Have you seen the fantastic video for the latest single by Joe & Jon from the Jukebox Party Band?

They have released a brilliant new song called ‘We Are London’ which features the actor Lee MacDonald who played Zammo in the cult ’80 BBC TV series Grange Hill and recently East Enders. The video also features the wonderful Maureen Lipman!

The song is an upbeat & very catchy anthem that celebrates London and has been really successful with Joe, Jon & Lee being interviewed on loads of TV and Radio shows including Good Morning Britain, Sky Sunrise, The Vanessa Feltz Show and the Robert Elms Show on BBC Radio London. 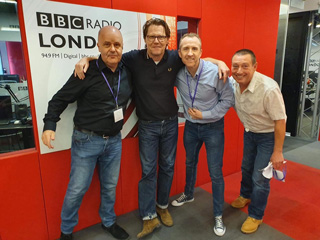 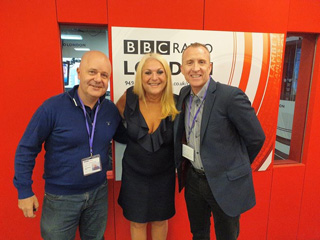 We guarantee you won’t find a more friendly, reliable and enthusiastic band

The Jukebox Party Band are playing at The Billericay Theatre on Saturday 16th July!

The venue is set out like a Cocktail Club with Cabaret seating with Table service plus Food served from the ‘Theatre Bites’ menu throughout!
The Billericay Theatre is a fantastic venue with a great atmosphere. This is an evening not to miss. For more information and to book tickets CLICK HERE